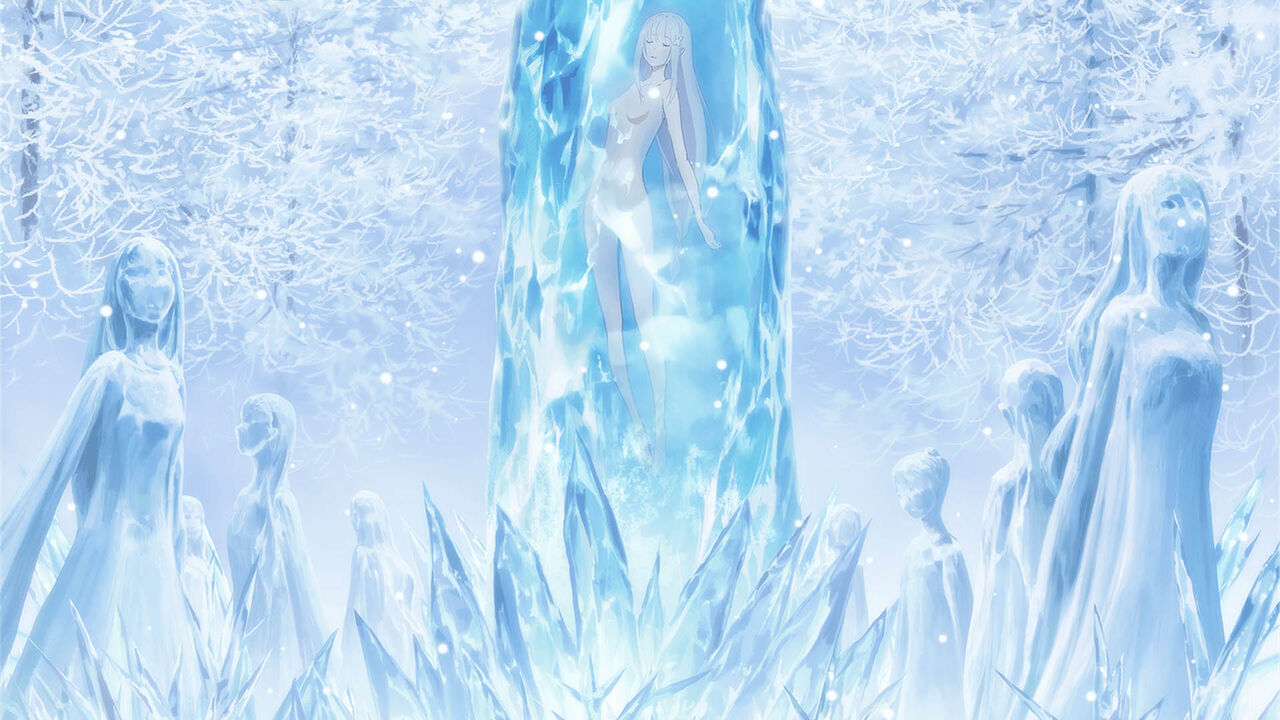 I know he has his loli patrol who all love him to bits, but why should Satella? Has Subaru done something that I'm missing out on?I know she asked him to kill her and she refused, but surely, that couldn't change how she loved him at the very start,when he had no connection to her, and she had no reason to love him.Can anyone give me answers? ;3;

(edited by administrators)
Natsuki SubaruSatella
0
Maybe satella is a twisted version of rem being envious of Emilia takes her form tries to go back in time overshoots it and goes crazy....?
(edited by A Fandom user)
2

Major spoilers(novel etc.): First the things we know: that Subaru can gain the other authorities. And also Subaru can return by death. Which is sorta like a time travel save point style of power. Emilia can’t us the authorities but Satella can. But the key point is why doesn’t Satella want Subaru to tell the trigger of being killed. (We know that at the latest stories he can share he can change things but can’t tell the triggering factor) I do believe Satella is Emilia from the future and there is some complicated time travel things there’s. I don’t know how and when but I think Satella’s Authorities is given by Subaru. The whole show is about loops, one after another. Satella’s creation might be the biggest concept. Emilia might be the person Subaru “give everything” including his powers. (Thinking At the end of the story Subaru is gonna be really powerful) so from that as a storyline we can easily assume that Subaru’s return by death is some sort of a time travel. Then there is the mystery of why the 400 years thing. Emilia is 115 years old too. So Emilia loving Subaru, getting his powers and altering all the time things might be possible. But we can se Satella using her powers even when the brief moments Emilia is dead makes no sense if Emilia is past Satella. My only theory about this show is in the end it is gonna be about one giant loop of Subaru created by Satella from a still point of time. That makes Satella to exist in the past and the future. With all her powers. Keeping Subaru alive. After Subaru makes his sacrifice and somehow gives his powers to Emilia. Now the past Emilia creates return by death, while all knowing future Satella protects him.

I might be all wrong, and there are some plot holes even in here. But in the end I’m %100 sure that this story is gonna be about a big giant loop.

Hi (^^this guy) here, just wanted to add that smell of witch coming from Subaru even he doesn’t sorta summon Satella by telling return by death makes perfect sense, believing what makes Satella powerful is originated from Subaru. Also Satella destroyed things is a big misunderstanding, thinking even Emilia gets that a lot by people for looking like Satella. There is some “the dark knight” taking the responsibility shit back in there for Emilia/Satella

Just wanted to add a seemingly kind of important but missed fact. Don't forget about how Subaru's magic attribute is apparently shadow element, of which Emilia doesn't have. And at this point, it's still so underdeveloped you'd think it'll either be forgotten or will play an enormous role farther down the plot. Guess we'll have to see, but I do like the time travel loop theory the most, since Subaru's abilities revolves around time travel looping, which is kind of super op. That, in essence would be enough reason to underdevelop his magic powers since the story would lose a lot of the mystery were he to gain 'witchly' powers early on. Since the main story is revolving around that time loop 'skill', a plot reveal much farther down the line concerning a bigger time loop doesn't seem so far fetched. It is the theme after all.

satella became the witch of envy after she absorbed conflicting powers.

satella and the witch of envy are seperate beings.

she can absorb other witches and beings.

she has control of the Authority of Sloth

what if for some reason, emelia ended up absorbing subaruu in the future? the witch of envy can clearly go back in time as she sends subaruu back all the time, she has control over the Authority of Sloth , shadow magic, and from what it seems like, she can use E・M・M  and freeze his movements to choke his heart.... echidna meantuned being afraid of satella so she avoids getting in his way, yet emelia goes unchecked. oh... also... E・M・M  is a type of space time magic, and did i mention satella can aborb powers? if subaruu went back in time with emelia and they became different people that would be hard to patch emelia going nuts, but if she absorbed his powers including the bad.

she refuses to let him die, but also "avoids" him... what if she absorbed him and his power, by accident, lost control and get sent back in time?

wakes up, with new incompitble powers that birth a split personality that is in emence pain and that dark personality lashes out?

I believe Re;Zero might end with Subaru going back in time to save everyone by preventing Satella from ever absorbing the witch factor.

Obviously this would result in him either dying (permanently), becoming stuck there or returning to his homeworld with no way back.

But think about it. Considering Tappei himself stated the ending is not going to be happy, this would allow Subaru to save absolutely everyone (he keeps making promising it, he even promised to save Satella) and it would also mean despite giving his loved ones the lives they deserve without being there with them to enjoy it...

This, in a way means he has to sacrifice the relationships he made with the people he loves in order to save them. They won't remember Natsuki Subaru but Natsuki Subaru will remember them.

I think this is the sort of bittersweet ending we can get but I'm prepared for far worse considering when Tappei says 'not happy' he could mean depression inducing as well.

the end of the great story is always not a happy moment. not for subaru, emillia, or even satella, but for me, for you, for us the manga reader, anime watcher, and novel junkie.

I dont know much about theories nor the story, but when i read fandom i found interesting sentences, which is satela and witch of envy is two personalities because of incompatible witch factor.

So why it can't create third personalities which is emilia out of something like defying the truth she is satella and witch of envy?

Well no one knows what will happen so I suggest we should wait further more. We had some theories but mine had bit of patches.

What do you think?