Re:Zero : Bond of Ice is a special OVA episode of the Re:Zero anime that was announced on September 23, 2018. It's an adaptation of the Re:Zero Prequel: Bond of Ice limited edition light novel. It was revealed on July 28, 2019 that the OVA would air on November 8, 2019. "nonoc" once again performed the theme song "Yuki no hate ni kimi no na o", (Your Name is When the Snow Ends). The OVA was released for Blu-Ray and DVD on April 1, 2020.

Furthermore a manga adaptation was confirmed, to be published in Square Enix's MangaUP in Spring of 2020. 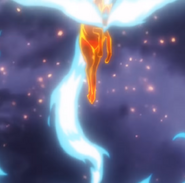 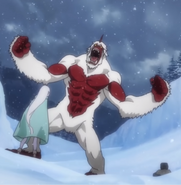 Retrieved from "https://rezero.fandom.com/wiki/Re:Zero_OVA_2?oldid=69075"
Community content is available under CC-BY-SA unless otherwise noted.