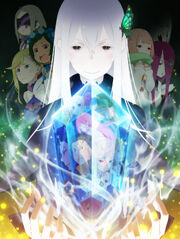 The first cour of the second season of Re:Zero is currently airing, with the first episode having aired on July the 8th 2020. You can find out more by jumping into our episode pages, starting with Episode 26.

Meanwhile, the second cour will be expected to premier in January 2021.

The second season will likely at least cover most of the fourth Arc of Re: Zero. More details are expected to be released in the coming months. 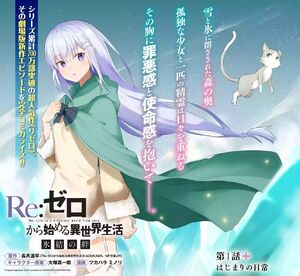 A manga adaption of the second OVA, Re:Zero: Bond of Ice was announced for serialization in MangaUP from April 26, 2020 onwards. The manga is drawn by Tsukahara Minori and adapts the Light Novel version. 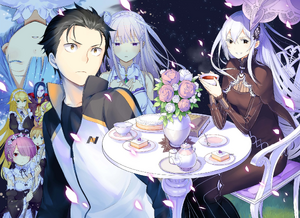 Retrieved from "https://rezero.fandom.com/wiki/Template:Announcements?oldid=73988"
Community content is available under CC-BY-SA unless otherwise noted.