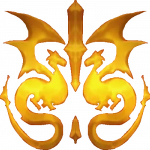 used to live in the kingdom of belzerg, left because i hate crimson demons. went next to kararagi. left cause too many animals. went next to lugnica. best choice ever. why are there  royal candidates at all Felt is literally walking living royalty can nobody see that

the shit i hate the most about re zeroEdit

Retrieved from "https://rezero.fandom.com/wiki/User:Dtousa?oldid=76772"
Community content is available under CC-BY-SA unless otherwise noted.